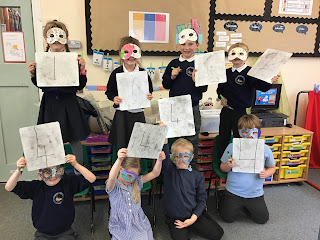 Today, Y2s enjoyed a creative maths lesson that was designed to embed their recent learning about fractions and create a memorable experience to refer back to.  We have been learning about numerators and denominators and we decided that a denominator sounded like a baddie and a numerator like a superhero.  The children were split into groups and designed their own superhero or baddie mask. Numerators covered their masks in numbers and denominators divided their masks into sections.  We discussed that superheroes (numerators) always come out on top. Baddies (denominators) always end up on the bottom.  I drew shapes on the board and the denominators noted down how many equal parts I split it into (or how many people there were for them to capture). The numerators noted down how many of those parts I shaded (or how many of the people they managed to save). Together, they came together to show the fractions. On the final go, the numerators managed to save the ‘whole’ world.
Post a comment
Read more

A trip to the school library. 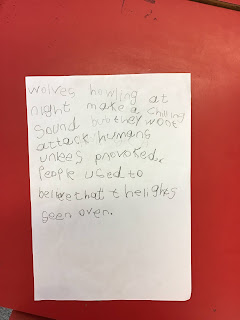 On Tuesday, Tigers headed to the school library to find non-fiction books about wolves. They then found as many facts that could and wrote them down!
1 comment
Read more 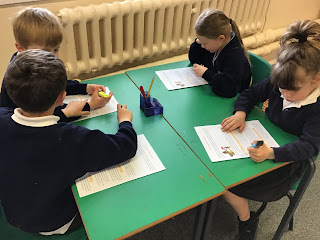 This afternoon, the children did some research into the Circus Maximus from Roman times. They were excited to learn about the origins of the circus being in chariot racing. They found some great facts and worked in teams to present these as a fact sheet.
Post a comment
Read more 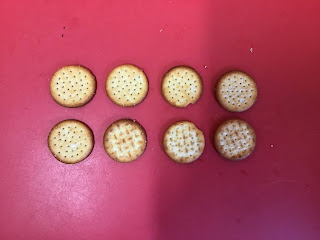 Today, Year 1s began to look at arrays, using the vocabulary of  ‘rows’ and ‘columns’. We started off by making arrays with Mini Cheddars and discussing how many cheddars were in each row/column (then choosing to eat either a row or a column). The children then followed instructions to make their own arrays with finger painting.
Post a comment
Read more 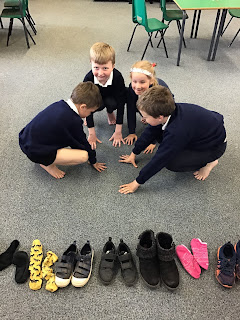 This morning, year 1s were recapping counting in 2s and 5s. To count in 2s, we took off our shoes and socks (stinky!) and laid them in a line in pairs to help us with our counting. To count in 5s, we used our hands and feet, raising 5 fingers or toes up at a time.
Post a comment
Read more 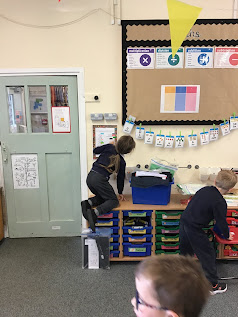 On Tuesday, Tigers were learning how to use possessive apostrophes. We decided to choose our favourite items from around the classroom and claim them with labels, using the skill we had learnt.
Post a comment
Read more

Year 2 Working with parts and wholes 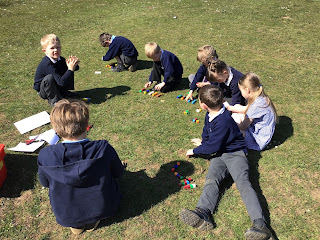 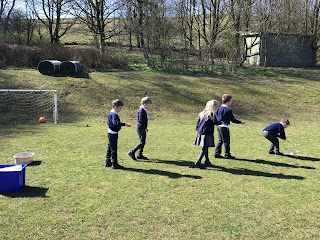 On Monday, the year 1s had their maths lesson outside, learning about the terms 'volume' and 'capacity'. First, the children were asked to transfer water from a large tub to another large tub, using only spoons. The children were very patient but they didn't even come close to completing the task.  We talked about the size of the tubs vs the size of the spoons and introduced the word capacity. They decided that a tub with a smaller capacity would be easier to fill, so that's what we tried. Success! We then put the big tub back and the children decided that, in order to fill it, they needed something with a bigger capacity than their spoons. Alfie chose cups.  Quick success! We then put varying amounts of water into different containers and introduced the word 'volume'. The children had to decide which rub had the greatest volume of water in it. Some of these were trickier to decide than others. We measured the volume of water to check our predictions.
Post a comment
Read more
More posts